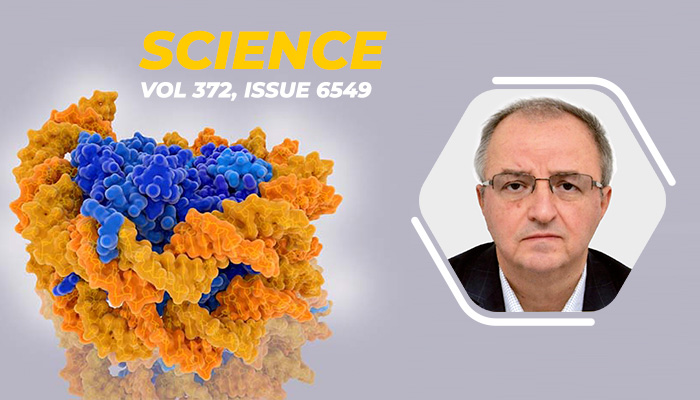 Dr. Stefan Dimitrov and his collaborators published their study in Science that changes the textbook information on Rett Syndrome.(DOI: 10.1126/science.abd5581)

Rett Syndrome is a neurodevelopmental disorder with a very strong phenotype. It is classified as a genetic rare disease which affects 1 in 10.000 females, and is seen more rarely in males. Back in 1999, the genetic cause of the disease was defined as loss of function of the methyl CpG binding protein 2 (MeCP2) by Prof. Huda Y. Zoghi and her team members. Nevertheless, the precise mechanism of how loss of function of this protein causes this devastating disease remains obscure.

The latest study on Rett Syndrome published in Science and performed by Dr. Stefan Dimitrov and his collaborators from IGBMC, France, solves the major disease-related issues which were missing or completely misinterpreted. They found that MeCP2, indeed, binds to the CA repeats on the genome protecting these regions from nucleosome occupation. Their results shed light on the molecular mechanism of Rett Syndrome and potentially some of the other rare diseases with unknown etiology.

We spoke to Dr. Dimitrov on their findings:

“What was known about the molecular mechanism of Rett Syndrome before?”

Dr. Dimitrov: The disease was, first, observed and profiled by Dr. Andreas Rett in 1966. Then, a major breakthrough occurred in 1999 when Prof. Huda Y. Zoghi’s team discovered that mutations on the MECP2 gene cause the disease. We knew that MeCP2 controls gene expression but there were questions on how the loss-of-function mutations of this protein leads to adverse brain defects. MeCP2 was, first, defined as binding to methylated cytosine nucleotides in CG residues. Later, it was found that the protein also binds methylated CH, where H can be A, C or T. MeCP2 is a high abundance protein, but the researchers were unable to identify a specific signature motif on the genome for the MeCP2 binding. Therefore, it was highly puzzling to associate the MeCP2 binding to specific gene expression changes, as well as the disease etiology and phenotype.

“What novelties does the latest study bring?”

Dr. Dimitrov: The study group was in a search of CA repeat “readers”: CA repeats are repetitive microsatellite DNA elements distributed throughout the genome. Unexpectedly, we observed that MeCP2 recognizes and binds to hydroxymethylated CA repeats. We have crystallized the complex of MeCP2 with a hydroxymethylated CA repeat and illuminate the intimate mechanism of MeCP2 recognition and binding to the CA repeats at molecular level. Further, we identified the function of MeCP2, showing that it is a long-range chromosome organiser, able, among others, to “remodel” chromatin domains associated with the nuclear lamina (LAD). The presence of MeCP2 resulted in more open chromatin that favours gene activation inside nuclear lamina regions. Our data reveal that Rett Syndrome is a chromatin epigenetic disease.

“Why is this work important for the field?”

Dr. Dimitrov: The discovery that MeCP2 binds a new CA repeat motif that may influence chromatin structure in specific LAD contexts provides opportunities to investigate the consequence of this binding on maintaining healthy brain function. Moreover, the approach used in the paper could be used for analysing other diseases (including Huntington Syndrome), where the DNA repeats are playing a major role. It would be fair to say that the paper "paves new avenues" for research on rare diseases.