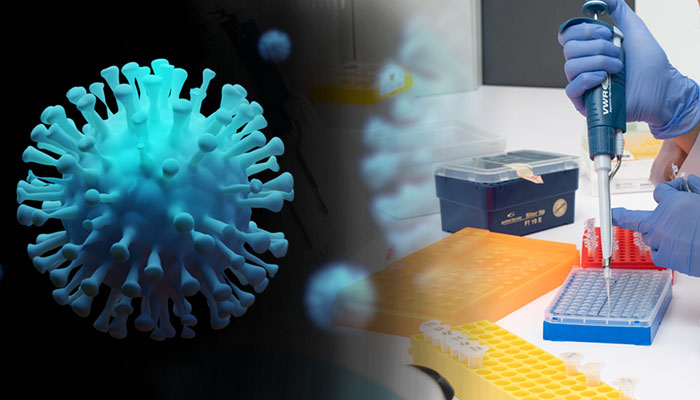 We recently witnessed how quickly a new infection can change people’s lives. It also reminded us of the importance of keeping scientifically informed, acting promptly, and more importantly, using a scientific approach to combat threats.

As IBG, we are committed to creating a safe and healthy working environment for our staff. For this reason, they are encouraged to work from home. In terms of personnel required to maintain essential services, we have taken critical measures to minimise the number of people in the center and to avoid their use of public transport.

As a basic and translational research and innovation center, we know there is more we can do to contribute to the fight against the SARS-CoV2 outbreak. On Monday 23rd of March, all research group leaders at IBG came together on a virtual platform to brainstorm on how they can combine their expertise and resources to make a positive impact on people’s lives who may be exposed to the SARS-CoV2 virus.

The meeting that lasted five hours started with a discussion and exchange of current scientific data on SARS-CoV2 and the Covid19 disease. The scientists shared their knowledge on ongoing global scientific efforts and their preliminary research on SARS-CoV2 and the disease. Coronaviruses (CoV) are a large family of enveloped RNA viruses that are zoonotic in origin, but they can evolve into strains that can infect human beings. Coronavirus infections have been considered to be benign. However, in 2002, a new strain originating from China resulted in a severe acute respiratory syndrome outbreak. That strain was called SARS-CoV, and that is why the new strain originating from Wuhan, China in December 2019, which also causes acute respiratory syndrome, is called SARS-CoV2. Although the SARS-CoV2 infection appears to be less deadly than SARS-CoV, it spreads much faster. The loss of patients, mainly, is from shortness of breath due to severe inflammation response.

IBG scientists agreed on the importance of forming multi-disciplinary partnerships to contribute to tackling these health crises in a focused manner within a short time period. The creative discussion was focused on the four stages that scientific advances can interfere with during the management of an outbreak. The first one is the protection of people before they contract the virus, which means development of a vaccine against the particular strain, or one that would target Coronaviruses more broadly. Different strategies on this topic have been raised by the researchers.

The second stage at which scientific research can interfere is when a patient has already contracted the virus. It is quite critical for clinicians to be able to detect the virus as quickly as possible, and for scientists to develop and implement new tools to facilitate fast and cost-effective detection methods. Moreover, the researchers discussed on different ways to neutralize the virus or avoid the entrance of the virus into human cells before the virus reaches the lung tissue, or in the lungs.

What if the patient is already showing the first signs and symptoms of the infection? This is the next stage that scientists, who work around the clock, aim to address. All possible ways to stop the virus replicating before reaching, or within, the lung cells were debated. The last phase that our scientific research can help to tackle is when adverse immune reaction occurs in the patients’ lungs. IBG researchers scrutinized the potential treatment options with no, or at least minimum, side effects. The feasibility and timing of developing new biomolecules, as well as testing and producing biosimilars of existing biomolecules were discussed extensively.

The determination and enthusiasm of our scientists, who have different backgrounds and expertise, to race against time for the sake of saving lives has been truly inspiring.